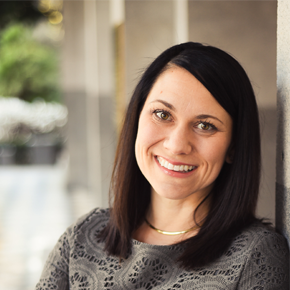 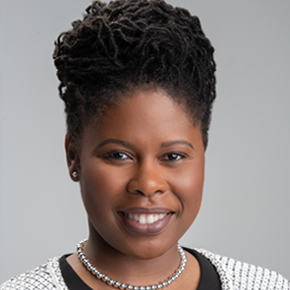 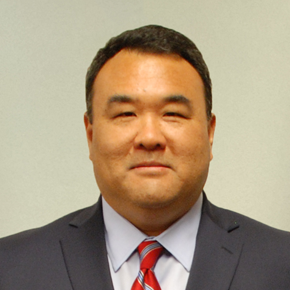 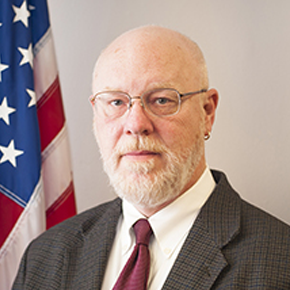 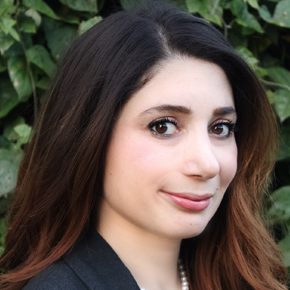 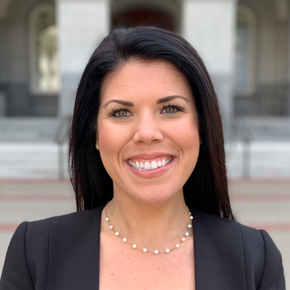 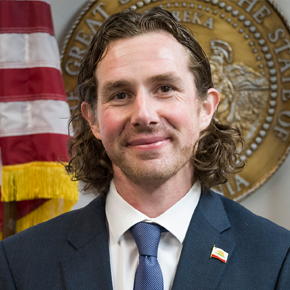 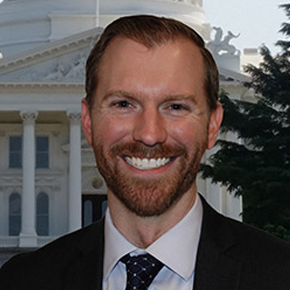 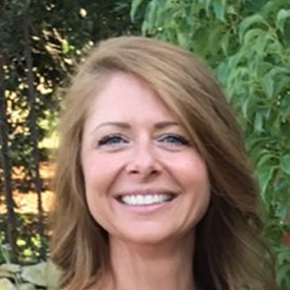 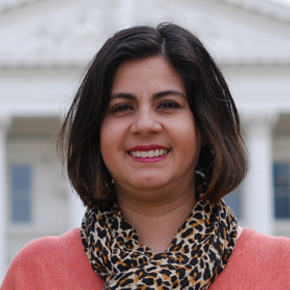 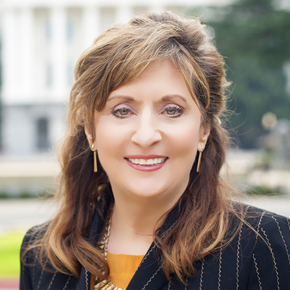 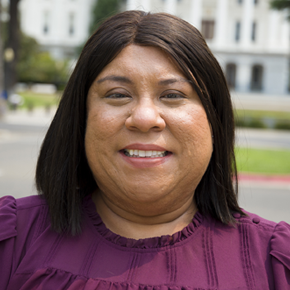 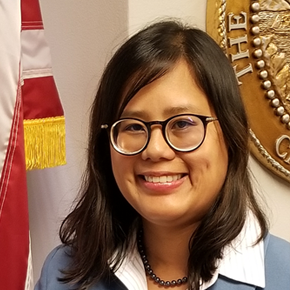 Melinda Grant was appointed Undersecretary at the California Business, Consumer Services and Housing Agency in January 2019. Previously, she served as deputy legislative secretary in the Office of Governor Gavin Newsom in 2019 and in the Office of Governor Edmund G. Brown Jr. dating back to 2016. Before that, she was deputy director of legislation and policy review at the California Department of Consumer Affairs from 2014 to 2016 and an advocate at Platinum Advisors from 2006 to 2014. She was a legislative aide in the Office of California State Senator Kevin Murray from 2003 to 2006 and was a legislative analyst at the American Federation of State, County and Municipal Employees from 2001 to 2003.

Grant is a member of the California State University Sacramento Governmental Alumni Association and Leadership California. She earned a Master of Arts degree in public administration from the University of San Francisco.

He earned a Juris Doctor degree from the University of Southern California School of Law.

Philip J. Laird is the Deputy General Counsel for the Business, Consumer Services and Housing Agency.

Prior to joining BCSH he served in the Office of the Attorney General as both a Special Deputy Attorney General and Education Policy Research Fellow. In those roles he provided legal and legislative support to the office’s executive team, assisted with the administration of the National Mortgage Settlement Fund Grant Program, and co-authored the Attorney General’s 2014 truancy update report, In School + On Track.

From 2015 to 2017 Mr. Laird worked as Staff Counsel for the California Horse Racing Board, where he represented the CHRB in numerous administrative prosecutions, assisted with the development and implementation of regulations, and served as the Board’s Legislative Director.

Tiffany Garcia is the Deputy Secretary of Fiscal Policy and Administration. Prior to joining BCSH, Tiffany worked at the Department of Finance since 2014, where she was a Principal Program Budget Analyst. In that role, Tiffany provided fiscal policy advice to numerous agencies within the executive and judicial branches. Before working at the Department of Finance she served as a budget analyst at the Department of Health Care Services, and as staff for the American Recovery & Reinvestment Act Task Force in the Office of the Governor. Tiffany graduated with a bachelor’s degree in Sociology from California State University, Sacramento.

Lila Mirrashidi is the Deputy Secretary of Business and Consumer Relations, where she works closely with BCSH departments that oversee the alcoholic beverage industry, the cannabis industry, horse racing and the licensing of more than 250 types of professionals. Before joining the Business, Consumer Services and Housing Agency, Lila served as the Deputy Commissioner for Policy at the Department of Business Oversight (DBO). She had previously been Deputy Commissioner of DBO’s Legal Division, and prior to that served as Deputy Commissioner of Business Regulations at the Department of Corporations. Lila earned a law degree from the University of California Hastings College of Law, and a bachelor’s degree in psychology from the University of California, Berkeley.

Patti Ochoa is BCSH’s Administrative Process Manager and Assistant to the Agency Secretary and General Counsel.

Prior to joining BCSH, she served in several positions with the Air Resources Board starting in the newly formed Climate Change division where she was part of the team that developed the Scoping Plan. Patti joined BCSH during the reorganization in 2013.

Ms. Ochoa has a degree in Business Administration.

Amy L. Wilson was appointed deputy secretary of legislation at BCSH in September 2019. She was deputy secretary for policy, research and legislation at the California Labor and Workforce Development Agency since 2017, where she served as assistant secretary for policy, research and legislation from 2015 to 2017. Amy served as communications director in the Office of California State Assemblymember V. Manuel Perez from 2009 to 2014. She was a research associate at Harder and Company Community Research from 2004 to 2009, a founding staff member at the Yolo Community Foundation from 2003 to 2005 and operations coordinator and research assistant at the California Institute for Rural Studies from 2002 to 2004. Amy was Russia program manager at the Initiative for Social Action and Renewal in Eurasia from 1995 to 2000, a development coordinator at the Government Accountability Project from 1993 to 1995 and a legislative fellow at the Friends Committee on National Legislation from 1992 to 1993.

Myles White serves as the Agency’s Assistant Director of Legislation. He has been with Business, Consumer Services and Housing Agency since 2017.

Myles held a variety of legislative and regulatory management positions focused on state and federal policy. Most recently, Myles was a Trade Policy Analyst at Bryant Christie, Inc., where he specialized in international agricultural policy and managed the firm’s customized trade regulation databases. He has also worked as a Legislative Aide for the Law Offices of Tim Yaryan, as well as a Legislative and External Affairs intern in the Office of Governor Edmund G. Brown, Jr.

Myles graduated with honors from the University of California, Davis with a Bachelor of Arts in Political Science.

Lynn von Koch-Liebert is the Deputy Secretary for Housing and Consumer Relations at the California Business, Consumer Services, and Housing Agency (BCSH). In this role she is responsible for general activity between the Agency and its Departments.

Prior to joining DI, Lynn worked for the United Nations Office of Project Service (UNOPS). In Jerusalem she worked in project management, business development and communications. In Southern Sudan she led the inter-agency planning efforts for Sudanese national infrastructure development on behalf of the UN Humanitarian Coordinator. In Afghanistan she co-coordinated an office-wide review of internal UNOPS systems and processes.

Lynn holds a Masters of Public Affairs from Princeton University, a Masters of International Security from Cranfield Defense Academy and a Bachelor of Arts in Political Science and Economics from the University of South Dakota. Her graduate fellowship was conducted at the Joint Chiefs of Staff’s Pakistan Afghanistan Coordination Cell. She is a 2014 – 2017 member of the Truman Security Project Defense Council, a 2016 German Marshall Memorial Fellow and a Co-Director and Founder of No Exceptions. She was selected into the Center for Strategic and International Studies’ (CSIS) inaugural Smart Women, Smart Power 2016 Executive Fellows Program.

As the Information Technology Deputy Secretary for Business, Consumer Services and Housing Agency, Andrew Armani is responsible for setting policies, collaborating and coordinating technology activities at the Agency and statewide.

Previously, Andrew held the position of the director of the office of eServices. The office led initiatives to enhance electronic service delivery on California State Portal. Andrew was responsible for managing and supporting the growth of California's eServices, including acting as a liaison between state agencies and departments.

Andrew entered state service in 1990. Since then, he has worked for several departments, where he has held various executive and managerial positions. Andrew started his career in private sector, where he worked for a variety of companies managing teams of software and system engineers. In that capacity, he was in charge of developing enterprise applications and network architecture.

Andrew graduated from California State University in Chico with a degree in Electronics and Computer Technology.

Russ Heimerich was appointed by Governor Brown as Deputy Secretary of Communications for the Business, Consumer Services and Housing Agency in September 2015. Mr. Heimerich serves as the advisor to the Secretary on external affairs, communications and media issues pertaining to the Agency’s departments, boards, bureaus and commissions.

Prior to his appointment, Mr. Heimerich served as the Deputy Director for Communications at the Department of Consumer Affairs. He has also worked as a spokesperson at the California Department of Corrections and Rehabilitation, and as the local Morning Edition host/producer at Capital Public Radio.

Mr. Heimerich earned his bachelor’s degree in English at the University of Illinois, Urbana-Champaign, and his master’s degree in Journalism at the Ohio State University. He resides in Sacramento with his wife and rescue cats. 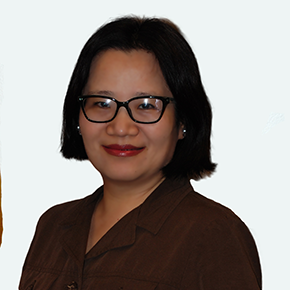 Yiwen (Eva) Erickson is a Fiscal Analyst directly supporting the Deputy Secretary of Fiscal Policy and Administration. Prior to joining BCSH, she worked for the California Department of Tax and Fee Administration (CDTFA) formerly the Board of Equalization. She worked in multiple departments in various capacities, including her last assignment with the Settlement Section of the Legal Department, where she provided assistance to legal staff in evaluating settlement proposals. Ms. Erickson has a degree in Civil Engineering. 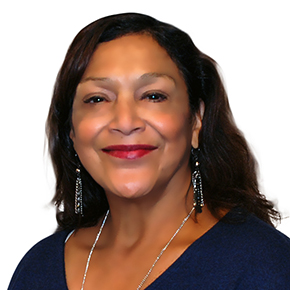 Sarah Kerber joined BCSH as our Budget Manager in August 2019. Prior to joining BCSH, Sarah worked at the California Department of Finance as a Budget Analyst in Investable Resources. Before joining Finance, Sarah worked as a Governmental Relations Assistant for the California School Employees Association, the largest classified school employees union in the United States, representing more than 240,000 school support staff throughout California. She also runs the Sacramento Transit Riders Unions, an independent, member-run union of transit riders organizing for better public transit in the Sacramento region. Sarah earned her Bachelor’s degree in Political Economies of Industrial Societies from the University of California Berkeley, and her Master’s of Science in Law degree from the University of the Pacific’s McGeorge School of Law.

Rochelle Rallanka joined BCSH as an Office Technician in September 2019. Prior to joining BCSH, she worked at the County of Sacramento from 2014-2019 providing office assistance and support. Rochelle also has experience working in education, both in an administrative capacity and in classrooms as an educator. Rochelle holds a Bachelor’s degree in psychology from the University of California, Los Angeles and a Master’s degree in education from the University of San Francisco.